How do we do ACTION together?

SPECIAL FORCES – Person or group that plans and implements the ACTION

SPIRITUAL WARFARE – Fighting a spiritual war in the spiritual realm.

REBUILDING CREW – Preparing for what comes next. 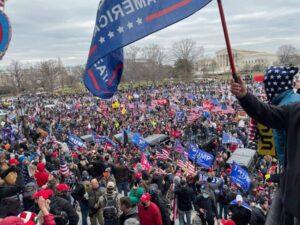 On January 6, 2021, up to 2 million people gathered in Washington DC to exercise their constitutional right to peacefully assemble to protest the actions of our government. We were there to redress our grievances, as is our First Amendment right. Many lies have been created about January 6th by the media and government officials. The problem for the enemy us that God is on our side and 2 million of us know this information is a lie.  Political prisoners have been held in custody without charges for 18 months.  Did you know that 75% of these prisoners are Veterans! These prisoners need our support. We need to SHINE A LIGHT & MAKE NOISE about this injustice.

What is our Christian duty towards prisoners?

Hebrews 13:3   Remember the prisoners as if chained with them—those who are mistreated—since you yourselves are in the body also.

Matthew 14:3-4  For Herod had laid hold of John and bound him, and put him in prison for the sake of Herodias, his brother Philip’s wife.  Because John had said to him, “It is not lawful for you to have her.”

Hebrews 10:34   For you had compassion on those in prison, and you joyfully accepted the plunder.

Psalm 142:7   Bring me out of prison, that I may give thanks to your name!  The righteous will surround me,     for you will deal bountifully with me.

Psalm 79:11  Let the groans of the prisoners come before you; according to your great power, preserve those doomed to die!

Psalm 146:7 –   who executes justice for the oppressed, who gives food to the hungry. The Lord sets the prisoners free;

Acts 12:5 –Peter Freed from Prison  Peter was therefore kept in prison, but constant prayer was offered to God for him by the church….   Acts 12:11 – When Peter came to himself, he said, “Now I am sure that the Lord has sent his angel and rescued me from the hand of Herod” …..

To prepare for this action watch this video. BLOODY HILL by Juan O’Savin, just released. WATCH & SHARE THIS: 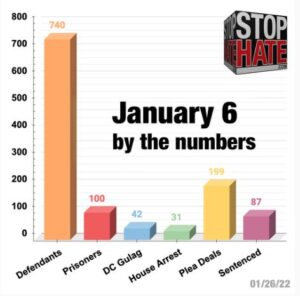 In this action we are coming along side David Sumrall and StopHate.com to shine a light on the injustice being done to the January 6th Political Prisoners. David Sumrall is a Christian, Carpenter, Small Business Owner, Activist, Citizen Journalist, documentary filmmaker of “Righting History” and “Bloody Hill,” founder of StopHate in 1992 and StopHate.com, co-founder of the American Celebration Tour, and Creator and Host of Discussion Island.

STAKEHOLDERS: Stake the ten (10) prisons where the J6 Prisoners are being held. Remote Stake – print a picture of the prison locations. Stake the US House of Representatives and the US Senate Buildings.

SPECIAL FORCES & INFANTRY: To goal is to MAKE NOISE & SHINE LIGHT and to encourage the political prisoners and their families that they are not forgotten and that we have their back. 75% of these prisoners are our Veterans!

1.) Send letters and care packages to J6 Prisoners at the prison. Each week we will announce seven (7) political prisoners and the prisons where the are located. The action is to send all seven (7) prisoners a letter or package during that week. We prefer that the letters be hand-written. (We are creating some key points to include in your letter).

INDIVIDUAL: Opener “Did you know that 75% of the January 6th Political Prisoners are Veterans? Would you be willing to show the Bloody Hill documentary to your friends? Would you like to join the letter writing campaign?.

GROUPS: Organizations and Ministries ie. Churches, VFW’s, Tea Parties, Conservative, Bikers groups and community organizations  to inform and get those on board. Opener “Did you know that 75% of the January 6th Political Prisoners are Veterans? Would you be willing to show the Bloody Hill documentary to your group? Would you like to join the letter writing campaign to the political prisoners and their representatives?

SPIRITUAL WARFARE: To battle in the spirit realm… Each day go into 5 minutes of praise and worship calling upon the Holy Spirit, immediately start standing in the gap (spirit realm) binding & commanding the summoned strongholds powers who are instructing and powering these political luciferians in the US Attorney’s Office, Justice Dept. nine panel members: B. Thompson, Zoe Lofgren, Adam Schiff, Jamie Raskin, Pete Aguilar, Stephanie Murphy, Elaine Luria, Liz Cheney and Adam Kinzinger. Bind them in Jesus name rendering them useless, deaf, dumb, blind and silent. Command in Jesus name only truth be spoken regardless of their will to lie. Bind all avenues of power in the spirit realm by the blood of the Lamb Jesus Christ of Nazareth.  Sever all the ties they have created in ancient witchcraft majik to work in the dark.

Use this action as a starting point. Pray that the Holy Spirit will engage your unique talents and gifts. “God everyday we offer ourselves as a living sacrifice to You. God of Abraham, Isaac & Jacob use us as You see fit. We cover this action by the blood of Jesus Christ who paid our price so that we may live in Him.”