What Happened in Ancient History on October 31st?

The Liberty Action Network – Attention to All Saints!! 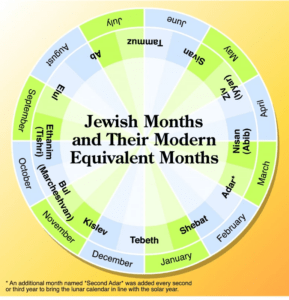 To appreciate this concept of overlapping the Hebraic calendar to our current Gregorian calendar we need to compare to something we are familiar with.  January 1 is the beginning of our new year.  October 1st is the beginning of a new fiscal year for the federal government.  Therefore the 10th month in our calendar (October) is the 1st month in the federal government’s fiscal year.

With this in mind let’s go back to the Flood and how that falls on October 31st.  In the beginning before the flood the earth traveled around the sun in 360 days a perfect years’ time, just like 360 degrees make a complete circle. 12 months which each had 30 days comprised a year being 360 days long.  You see in scripture prophecy is always in 360 day/year increments.  The violent shaking of the earth from the effects of the flood might have changed the extra distance the earth traveled to complete it’s orbit around the sun.  Joshua’s longest day or King Hezekiah having God move the sun dial moved back 10 degrees might also account for the extra days in the current calendar. Whatever the case at the beginning era before the flood, the earth was in a perfect state of its initial creation in reference to circumventing the sun in 360 days.

Genesis 7:11 “ in the 600th year of Noah’s life in the 2nd month on the 17th day all the fountains of the great deep were broken open & windows from heaven were opened.”

October 15th being the 1st day of the 2nd month in the Hebraic Calendar when adding 17 days you come to 12 am when October 31st turns into November 1st the Bewitching Hour when occult sacrifices are made at there highest peak!!  Now that’s only one piece of the puzzle folks.  When you read the rest of Chapter 7 and Chapter 8 of Genesis you find some amazing coincidences if you believe in coincidences.

It rains 40 days and 40 nights.  Nov 1st then add 40 days = December 10th you come to season which Hannukah usually falls.

150 days after the beginning of the Flood = 2 month +17 days – add 5 months = 7th  month 17 day. The 7th month in the Hebrew calendar is Nissan. This is important because on the 14th of Nissan at midnight all the firstborn in Egypt were slain by the Angel of Death. It’s remembered as the day of the Passover.  On the 17th day of Nissan in the New Testament is Resurrection day of our Lord & Savior Jesus Christ. The same date that Noah’s Ark touches land at Mt. Ararat. Passover. “ Then the Ark rested in the 7th month on the 17th day of the month, on the mountains of Ararat.”

73 days later or on the 10 month on the 1st day of the month tops of the mountains were seen.  This 10 month was named Tammuz after the Babylonian captivity.  Why is this month so recognized as bad – The month of Tammuz is known as the month of worship, vision, and covenant. Tammuz is when the Israelites made a golden calf to worship when they feared Moses would not return down Mt. Sinai.  Guess which month of the Gregorian calendar we use today Tammuz falls    on ?  Can you say PRIDE month “June” which is a whole 30-day celebration of darkness in our culture worldwide. Oh yeah do you know when the Supreme Court came out with its decision on the same sex marriage ?  June/26/2015 !!    Some things don’t ever change.

Genesis 8:6 “so it came to pass at the end of 40 days, that Noah opened the window of the ark which he had made. Then he sent ou a raven, which kept going to and fro until the waters had dried up from the earth. He als sent out a dove … but the dove found no rest and returned into the ark.”

On the 2nd month on the 27th (Cheshvan 27th) day Noah and his wife leave the Ark.  Note this is 10 days longer than the original start date of the flood (2nd month 17th day) or a total of 370 days.  When you take Nov. 1 and add 10 days you come to November 11th – Noah and family depart Ark.  Another amazing date in history.  It’s when WW1 ended, 11/11/1918 at 11am.  The night of Broken Glass – (German: “Crystal Night”) , also called Night of Broken Glass or November Pogroms, the night of November 9–10, 1938.  The Mayflower Compact was signed 11/11/1620.  Oh lets don’t forget this nugget of information – November of 2018, a low-frequency sound was recorded by experts around the globe. It was as if the Earth rang like a bell. The event continued for more than 20 minutes, and sensors around the globe, located as far as 18,000 kilometers away from the epicenter listened in to the sound. It was something that had never been registered before. Can you say 11/11/2018!

Oh yeah on Sunday November 13th  2022 the COP 27 climate elites will be on Mt. Sinai to bring in the new 10 commandments on climate change/justice.  https://interfaithsustain.com/returning-to-mt-sinai

So, I leave you with this question?    Do you think all these coincidences of the Flood story just happen to fall on all these important Hebraic dates in the calendar?  Look at Historical facts of these dates of major world events!!  October 31st is the epitome of the Occult in celebration out of all the other days in the calendar. I think the only reasonable conclusion with all this evidence is – only those who are ignorant or want to remain uninformed of the facts are the ones really getting tricked by the dark forces.  And many of those adults have children who are to young and innocent to understand such deep spiritual things.